The course is closed for the winter. See you in the spring! Winter Golf Shop Hours 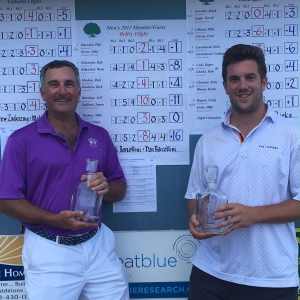 Congratulations to Mark and his son Dan on winning this year’s Member/Guest tournament!  They won their flight to advance to the sudden death alternate shot shootout where they outlasted the other 6 flight champions to earn the overall 2017 title!

Congratulations to all of our flight champions below!

Many thanks to all the members who played and supported this year’s event!

Walls are up & the snow is coming down 🔨❄️

Update!! The new golf shop and learning center is

We hope you had a happy new year! We look forward

Get the golfer on your shopping list somthing that

Happy Thanksgiving from the staff at MCC. The golf

You gotta tear it down before you can build it bac

Construction on our new Pro Shop and Learning Cent

It’s been a frosty morning on the course ❄️

Thank you to all of our soldiers for your bravery